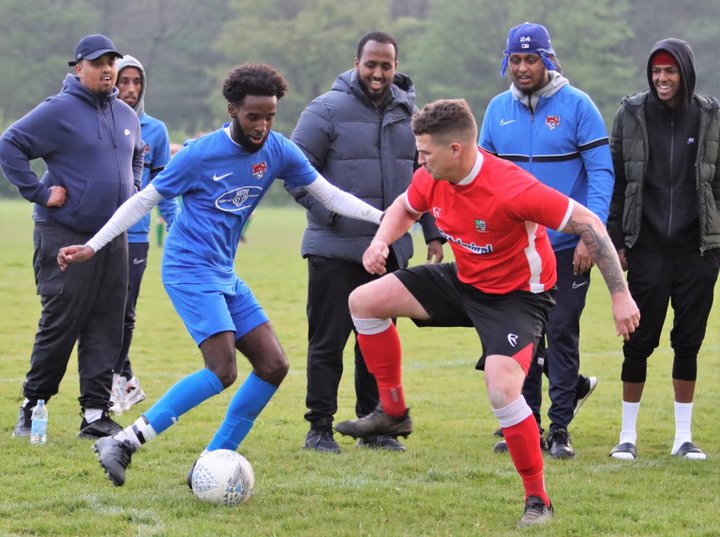 Tiger Bay fought back from two goals down with goals in the final 20 minutes to beat Fairwater 3-2 to book a place in the Milsom Harris Cup final on Tuesday (May 3).

In a cracking game of football contested by two quality Premier Division sides, it was Fairwater who started brightly and took the lead through Kile Blagden after being played in Ryan Hocking in to sent the crowd of 150 people wild.

Water made it two-nil after 65 minutes through Jac Coles’ penalty to put Water 2-0 up and one foot in the final.

However, Tiger Bay made three changes which would change the outcome of the tie.

Mustafa Mohamed’s side halved the scores five minutes later when substitute Malik Arish, who only been on for a minute, was teed up by captain Taha El-Mehadawi to score past Fairwater goalkeeper Deryn Tobutt.

Four minutes later Mohamed Hamsa found Yacub Ahmed Haji to level things up when he flicked the ball past Tobutt before slotting home into the unguarded net.

And the two substitutes, Ashraf Boulaiche and Ahmed Rahman combined for Rahman to grab the winner in the 88th minute to secure Tiger Bay a place in the final against Glamorgan.